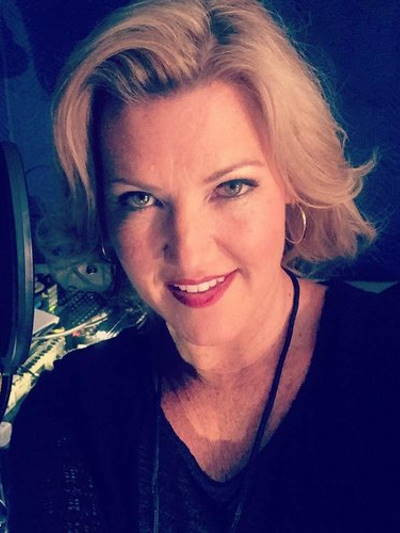 3-Time EMMY Nominated Actress, singer and director “Melissa Disney is credited for shattering an unwritten ban on women voicing action trailers, (winning the Key Art Award winner for Best Trailer – Gone in 60 Seconds with Nicholas Cage). If that were not enough, she went on to win a Golden Trailer Award (Best Voiceover) for her work on the Warner Bros. Pictures’ movie Valentine” paving the way for women in trailers. No doubt you’ve heard her Live Announcing the Oscars, Emmys, CMA’s, Promo campaigns for NFL, NBC, and ABC’s Wonderful World of Disney and hundreds of commercials. Melissa currently stars in Croods 2, the upcoming Marmaduke and will forever be known by her fans as the coolest queen of the nerds, Ginger Foutley on Nickelodeon’s “As Told By Ginger”. Her talents have taken her on many mission trips around the world, performing and writing her original music in Africa with a Ugandan Children’s Choir, raising money to help start a school and digging fresh water wells in Ethiopia, dancing with flamenco dancers on a train in Spain, singing Beatles music with Italians in Greece, and singing to prisoners in a jail in Fiji. Her newest album LOVE is available at MelissaDisney.com and Itunes. As the singing voice of Snow White, she voiced characters for numerous toys, dolls and Broadway singing albums and can now be heard in a coveted Voiceover role on the Star Wars, Millennium Falcon ride at Disney themeparks. She produced and starred in the award-winning TV series The Comeback Kids written by her husband Ryan Paul James and won numerous awards for her acting and original Music. Melissa and her husband Ryan have 2 awesome kids and live in Los Angeles where she teaches, directs and life coaches clients all over the world through her LA Voiceover Academy. Check out MelissaDisney.com for Voiceover classes, Music, Demo Dream Team and Storytellers Live.

Room 1
Behind The Scenes VO Stories – Secret Life of The Girl Next Door
Saturday, 10:40 am

Room 1
The Ultimate Crowd Pleaser: How To Be Great At Live Announcements
Friday, 2:40 pm